How do I get an offer from Tower Rock Oil & Gas?
See Our Process. Simply call us at 800-417-3329, or email us through the link for “Request a Quote.” Provide us the requested information, and we’ll perform an evaluation and send you an offer for your interests.
How do you determine the value of my interests?
Tower Rock generates aggressive offers for non-producing minerals by analyzing surrounding activity including drilling, production, and leasing. We factor in dry-holes, surrounding well performance, and the likelihood of drilling one, two, or more wells.  For a producing property, we perform a decline-curve analysis on the wells, which means that we forecast the production based on its prior performance.

That production forecast is then pit against time value of money, taxes, commodity pricing, etc., to generate a discounted cash-flow analysis. Feel free to give us a call and we’d be happy to discuss this in more detail with you!
How long does the process take to get paid?
NOT LONG! We take pride in our ability to quickly generate offers and close deals. While much of our timeline is dictated by receiving timely and quality information from you, we can generally get payment to an interest owner with clean title within 10-15 business days of the original request for the quote.
How much will it cost me to get an evaluation and offer for my interests?
Absolutely nothing. Tower Rock Oil & Gas will perform an evaluation free of charge, and will perform title and due diligence at our cost once you decide to complete your transaction with us.
Does Tower Rock Oil & Gas charge a fee to evaluate my interests if I don’t end up selling?
We will gladly help provide you an evaluation and offer for your interests, even if you choose not to sell. If you’re looking for an evaluation of your property simply for tax or estate planning purposes with no intent to sell, we can discuss these services with you. Please give us a call.
Why Tower Rock Oil & Gas?
Our goal is to provide you with an excellent experience. We strive for excellent service that is timely, responsive, transparent, informative, and personalized, and to provide you with the best price available for your interests.
Why would Tower Rock Oil & Gas want to buy my mineral rights? Why would they assume the risk?
Our customers ask this question after reading “Who Would Sell.” Although each deal has a fair amount of risk, we mitigate our risk by purchasing interests across the US. As an individual, you take on the risk of one property in one specific area. If someone drills a dry hole near your property, the value of your investment could plummet instantly. We are faced with dry holes and lose producing wells all the time, and, although painful, such losses do not affect us as severely due to our diversification.
Will the value of a producing mineral interest remain steady over time?
No. The mineral resources underground are finite, and eventually, will be depleted. This decline rate is taken into consideration when calculating the value of your interests. Many of our clients take the opportunity to divest from these depleting assets to invest in others that appreciate in value.

Oscar Torres
CEO
Oscar has been in the business of buying and selling minerals since 1999, including 4,000+ transactions totaling over $120MM. He was instrumental in leading his previous organization to success and building a $150MM+ mineral and royalty portfolio. His background and experience is in all facets of the mineral and royalty acquisition process including direct-mail marketing, property valuation, and negotiations. Oscar has a BS in Petroleum Engineering from The University of Texas at Austin. He loves spending time with his family and is passionate about his work as a board member of the HeartGift Foundation, which provides life-saving surgery and medical services for children with Congenital Heart Disease (CHD) living in countries where specialized medical treatment is scarce or nonexistent.
Tim Holland
COO
Tim brings 14 years of expertise managing large technology programs and streamlining operations for clients in the Energy and Financial Service markets. Prior to Tower Rock Oil & Gas, Tim was a Senior Manager for Accenture, the world’s largest information technology consulting firm. He has built out a scalable infrastructure for Tower Rock Oil & Gas, leveraging his experience with cloud platforms, custom development, data (conversions, ETL, data visualization, etc.), and process automation. Tim is passionate about taking advantage of the latest technology and streamlining processes to make operations easier, faster, cheaper, and better. He has a BS in Mechanical Engineering from the University of Texas at Austin.

Tower Rock Oil and Gas announced on Aug. 17 that David A. Dell’Osso, a former executive of Parsley Energy, will join the company as chief investment officer and CFO.

“We are excited to welcome David, a proven and highly accomplished oil and gas leader, to Tower Rock,” commented Oscar Torres, president and CEO of Tower Rock, in a statement.

“David brings an exceptionally rich background of technical, commercial and financial expertise to our company that will help us continue to deliver value to our investors,” Torres continued. “His experience, vision and leadership capabilities will help further propel Tower Rock’s growth particularly as we approach our next capital raise.”

“Tower Rock has built a strong track record of growth and portfolio value creation for its investors despite extreme commodity price fluctuations,” Dell’Osso added in the release. “I am honored to join Oscar and the Tower Rock team as we write the next chapter of the company’s growth through a disciplined and technically-driven investment approach.”

Prior to Tower Rock, Dell’Osso most recently served for over two years as executive vice president and COO of Parsley Energy, a leading Permian Basin oil and gas E&P company, until the close of its merger with Pioneer Natural Resources Co. earlier this year. During his time at Parsley, he led company-wide development, production, engineering, geoscience and supply chain functions.

Before joining Parsley, Dell'Osso was employed for over 13 years by Southwestern Energy Co., where he served as senior vice president and general manager of the Northeast Appalachia Division at the time of his departure. Other roles at Southwestern included management of exploration, production, midstream and commercial teams covering regions such as the Appalachian Basin, Midcontinent and the Rockies.

Dell’Osso earned a Bachelor of Science in Petroleum Engineering from the University of Texas at Austin and a Master of Business Administration from Rice University. 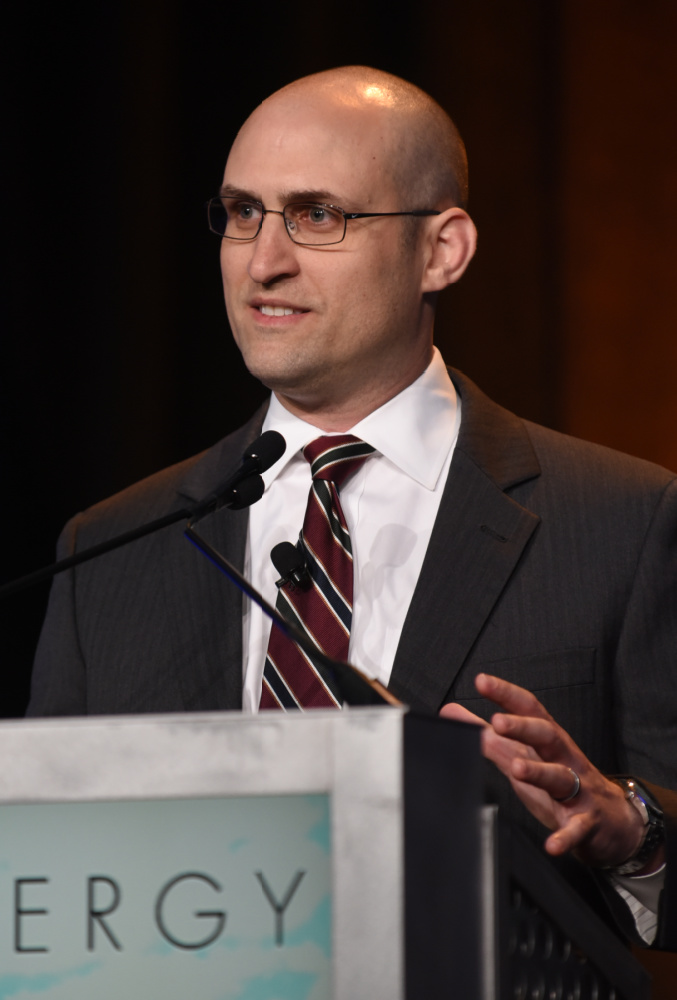 David A. Dell’Osso speaking at a Hart Energy DUG East conference while with Southwestern Energy in 2017.